The opening was attended Bert Koenders, the Minister of Foreign Affairs of the Netherlands and the Permanent Representative of Jordan to the UN, Ambassador Dina Kawar, along with the project producer and lead photographer Nina Berman.

The exhibition included several larger than life photographic canvases depicting the life of Syrian refugees at the Za’atari camp and a short video. 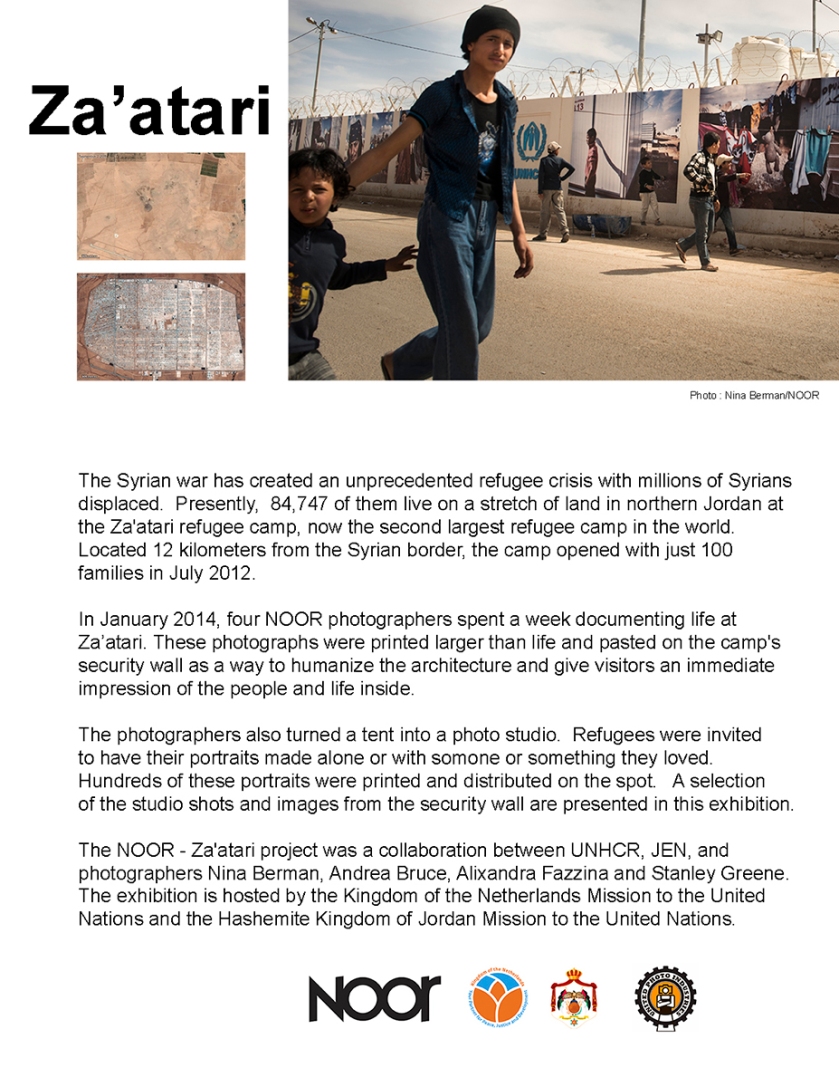 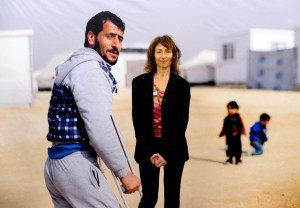